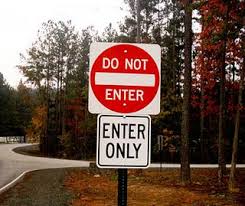 Okay, make sure you read the entire post on this one . . .

Being gone from the office for a week creates a craziness coefficient of nightmare proportions that patiently awaits your return.  This week hasn’t disappointed. Yesterday brought ridiculous numbers of ridiculous patients in the face of being short-staffed during Easter school break.  I was running behind and Tara grabbed me with a VERY serious look on her face.  One of my patients just got off the phone with the receptionist.  He was on a rampage and insisted that I call him back and nobody else. He told Sara that he was ready to call the Board of Medicine and report me because of ‘inappropriate touching’. Now I’ve been taking care of this guy for about 10 years. He sees me for high blood pressure and Klinefelter’s syndrome (characterized by low testosterone and psychosocial problems). He’s always been a hot-head and high maintenance, but he’s never pulled anything like this before.

So I got on the phone and ask him what’s up. He’s very frustrated.  His insurance won’t let him have his brand-name blood pressure medication (which works well) and he’s been a week without it. He already called the office several times when I was out of town. My staff was supposed to call his insurance, explain that his medication can’t be substituted and arrange for a formulary exception.  His pharmacy says we didn’t do it.
I had Tara pull the chart only to find the letter approving the medication already there–it’s the pharmacy that has been dragging their feet.  I told him that we got the approval already and the problem was with the pharmacy. He apologized for getting so angry, and thanked me.
But the whole ‘inappropriate touching’ thing was a very big stick in my craw. I’ve put up with his nonsense for years and was outraged that he’d make some crazy allegation like this. So I confronted him about the ‘inappropriate touching’ allegation he made to Sara. He said: “WHAT!!! I never said that. I said I thought it was inappropriate that the doctor didn’t get in touch with me.” There was a long pause and I said: “So we’re good?”  He replied: “Yeah, we’re good.”
Everyone but Sara had very good laugh afterwards. She was mortified, and took some good-natured ribbing for the rest of the day (I just couldn’t keep myself from finding a way to work the word inappropriate into my conversations with her). Happily she found the way to put this behind her and learn to laugh at herself.  Lesson learned the hard way!
I guess if there was a take-home pearl for me it is this: the message we hear isn’t always the same as the one we are given. Virtually everyone gets the details wrong from time to time, especially when we are busy or distracted. Finally, we probably have no idea how often we mix our messages and thereafter make decisions and choices based on incorrect information.  Garbage in . . . garbage out.

Each day we wade through a cacophony of noise as we do our work and live our lives. In the midst of this the Holy Spirit struggles to catch our attention; frequently He is forced to leave a message. I wonder how often I mix up these messages. One of the great challenges in life is to hear and understand these messages clearly (here for David M. McConkie’s great talk on this). Brigham Young called it a privilege and a duty, so we’d better get after it.

“If you want the mind and will of God … , get it,it is just as much your privilege as of any other member of the Church and Kingdom of God. It is your privilege and duty to live so that you know when the word of the Lord is spoken to you and when the mind of the Lord is revealed to you. I say it is your duty to live so as to know and understand all these things” (President Brigham Young, Discourses of Brigham Young, 163).