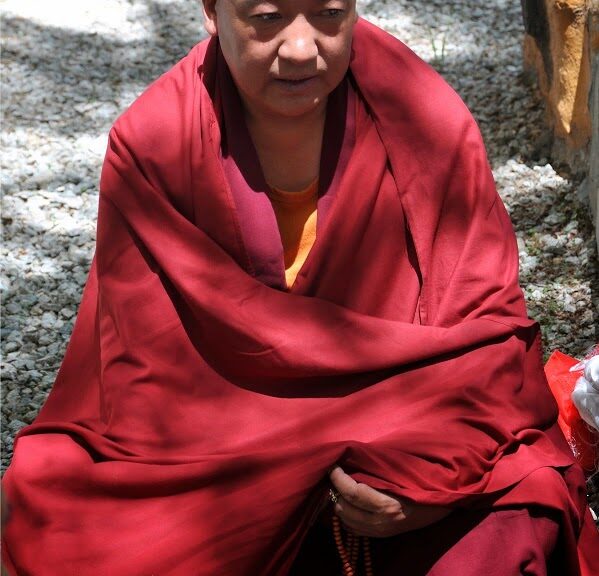 We recently returned from a trip that took us to a number of cities in China. Without a doubt, our stay in Lhasa, Tibet was a highlight. The contrast between one city teeming with 32 million people and another nestled in a valley surrounded by the Himalayas could’t be more dramatic. The blue skies, towering slopes and clean mountain air make you realize very quickly you’re not in Shanghai anymore.

Lhasa is one of the highest cities in the world at 11,800 feet above sea level. With only 68% of the oxygen found a sea level, you really feel the difference while hiking around. But I could also feel a difference in the spirituality of the Tibetan people compared to their Han countrymen. Tibetans are deeply religious, with 98% of them being Buddhist; they seem to wear it on their proverbial sleeves.

Our guide, Gyatso, was a devout Buddhist. He was determined to teach me everything there is to know about Tibetan Buddhism in three days, including the pedigrees of all 14 Dalai Lamas, 11 Panchen Lamas and each of the incarnations of the Buddha. It was all quite overwhelming. Most of it is now lost to me. But something Gyatso said was so spot-on that I wrote it down as soon as I heard it. It relates to what Buddhists call the three poisons.

Gyatsu impressed me with his commitment to be a good Buddhist and live with tolerance and compassion for others. When we encountered bad Buddhists I was impressed by his patience. Gyatso seemed to see the effects of poison, rather than a bad person in the bad example before us. He was quick to excuse them given his perspective that enlightenment was a process that took a long time to attain (several reincarnations in his mind).

Several things have impressed me since our discussions. First, I was humbled by Gyatso’s ability to blame the poison and not the person. Gyatso reminded me that enlightenment is a process that takes a long time. It’s certainly something the Lord is perfect at doing.  During his mortal ministry Jesus choose to spend his time with sinners and love them in spite of their contamination by sin. He perfected the ability to discern between the sin and the sinner. Thankfully, He seems content to wait for us to take whatever time we need to eliminate the poison of sin from our lives.

Secondly, I’ve realized that if ignorance is the root poison, then eradication of ignorance should be a primary objective of our lives. Herein lies at least one point on which tenets of Tibetan Buddhism and the LDS faith agree:

This revelation goes on to teach us to raise up our children in light and truth (D&C 93:40), and to individually obtain “knowledge of history, and of countries, and of kingdoms, of laws of God and man” (D&C 93:53) for the salvation of Zion. It seems that this process will go a long way to eliminating some of the poisons that contaminate us in the Church as well.

Obviously there are some pretty big differences between the religious traditions that Gyatso and I individually follow. But I find a lot of common ground in the concept of the three poisons and their toxic influence on individuals and families. I’m certain that they are major contributors to human suffering. As we succeed in eradicating them from our lives, I’m confident that we will become happier, healthier and a little closer to enlightenment.