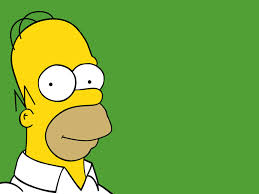 I caught myself saying it this week, and I was very disappointed in myself. A moment’s indiscretion and it was out: “It is what it is.” It’s a phrase I dislike greatly. I was talking with a patient about a benign medical problem that couldn’t be prevented or reversed and I said “IIWII”. I don’t want to make excuses for myself. I’ll do my Hollywood mea culpa right now: I deeply regret the incident and take full responsibility for my actions. It just goes to show what happens when you let your guard down even for a minute.

If we could cast a vote for our least favorite phrase of 2013, mine would be for IIWII.  I would’ve voted the same way in 2012 as well.*  I’ve thought about what makes the phrase so annoying.  Part of it may be the fact that people seem to stand around waiting to interject IIWII it into every conversation–whether it’s relevant or not. Another reason may be summed up in one word: banality. But for me the real problem with the phrase is more subliminal.

I will grant that IIWII works when when you just lost game 7 of the Stanley Cup finals in overtime.  But in this context it is almost always followed by “we’ll be back next year and win it all”. It irritates me when IIWII is used with a sense of helplessness or apathy that equates to “I choose to surrender, because this is too hard.” It  reminds me of the advice Homer gave Bart on an episode of The Simpsons, right after Bart decided to quit guitar lessons.

If something is to hard to do, then it’s not worth doing. You just stick that guitar in the closet next to your shortwave radio, your karate outfit and your unicycle and we’ll go inside and watch TV. –Homer Simpson

Kind of funny how much we have to learn from Homer.  By contrast, you didn’t hear Mormon tell his son “This is not working! These Nephites will never repent. We gave it our best shot and IIWII. Let’s call it a day.”  Instead he said:

And now, my beloved son, notwithstanding their hardness, let us labor diligently; for if we should cease to labor, we should be brought under condemnation; for we have a labor to perform whilst in this tabernacle of clay, that we may conquer the enemy of all righteousness, and rest our souls in the kingdom of God. (Moroni 9:6)

Mormon was not an “I choose to surrender” or “I’m over this” kind of guy. He was the original Winston Churchill: “Never, never, never give up.” It’s a big part of what makes this guy so heroic in my mind. His spirit inspires me to try to banish IIWII from my vocabulary.

_____
* Here for some very funny commentary on worst words of the year. Just be warned, you’ll probably find that some of your favorites make the list.