I saw a statistic the other day indicating that Las Vegas is the 2nd most tattooed city in America. 40% of Americans between the ages of 26 and 40 have at least 1 tattoo. And, the latest trend is that women are slightly more likely to get a tattoo now than men (23% vs. 19%). I’m not surprised, and if anything wonder if the statistics may be erring on the low side.

In my line of work I have occasion to see all sorts of body work meant to celebrate individuality.  I stopped being shocked by what I see a long time ago. But I can’t resist the impulse to point out the irony of so great an investment in demonstrating one’s individuality, through the process of mimicry. Nowadays, this particular expression of individuality is fundamentally driven by the overwhelming desire to be like everyone else. Pop culture says ‘be yourself’ and ‘anything goes’ while simultaneously snarking ‘What! You don’t have a tattoo?’. Whether it’s full sleeves of tribal motifs interspersed with skulls and other angry imagery, or the regulation floral print of a sassy lady, it’s all very predictable. I will freely concede that the brick wall right below the skin on the back of your head tattoo is clever. But it saddens me to think that our expressions of inner self are increasingly determined by things so superficial.  This is the epitome of ‘skin deep’ identity.

In 1982, RUSH released Signals.  Neal Peart is probably the greatest drummer that has ever lived; he is also a gifted lyricist. His chorus in the lead track Subdivisions captures the fear of being cast out for failure to conform (listen here). Call it peer pressure or whatever you want, but it creates a willful surrender of our individual will to the will of the herd.  Frequently, the herd leads us to places to which we would not otherwise tend to go. 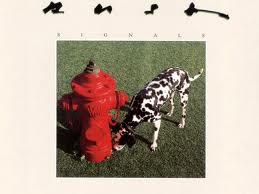 Sprawling on the fringes of the city
In geometric order
An insulated border
In between the bright lights
And the far unlit unknown
Growing up it all seems so one-sided
Opinions all provided
The future pre-decided
Detached and subdivided
In the mass production zone
Nowhere is the dreamer or the misfit so alone
[Chorus:]
(Subdivisions)
In the high school halls
In the shopping malls
Conform or be cast out
(Subdivisions)
In the basement bars
In the backs of cars
Be cool or be cast out
Any escape might help to smooth the unattractive truth
But the suburbs have no charms to soothe the restless dreams of youth
Drawn like moths we drift into the city
The timeless old attraction
Cruising for the action
Lit up like a firefly
Just to feel the living night
Some will sell their dreams for small desires
Or lose the race to rats
Get caught in ticking traps
And start to dream of somewhere
To relax their restless flight
Somewhere out of a memory of lighted streets on quiet nights…
[Chorus]


Tate once told me that he called a friend who was showing off his new tattoo ‘a conformist’. The guy was outraged. I thought it was brilliant commentary.  Conformists never think of themselves a such. They somehow see themselves as innovators, independent thinkers and having a style all their own. But somewhere along the way they lose objectivity when it comes to how they see themselves. Ironically, most still retain the ability to spot mimicry and conformity in everyone else. I guess in reality, we are all conformists. It’s therefore worthwhile to spend a little time thinking about what you want to be like when you grow up.

3 thoughts on “Neil Peart On Conformity”