Another rider from Cofidis booted out of the TDF, all while the names of who’s who of American cycling for the last decade are tossed about as dopers. Paul Riddle took 2nd in Saturday’s local triathlon behind a guy who has been sanctioned by USA Cylcing! It makes it hard to still believe in the spirit of the sport. 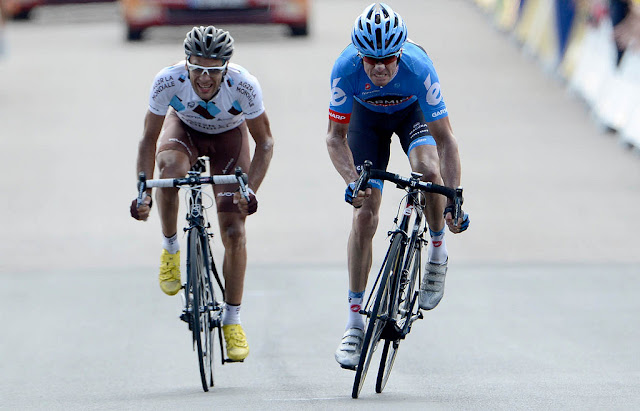 But there is still a few of us die-hard tifosi out there (as evidenced below, Mochi is the number one tifosa in the house). When guys like David Millar of Team Garmin-Sharp-Barracuda[1]win, it feels like there is hope.
Millar is a 35-yr old Scot, and an admitted doper from cycling’s prior era of officials turning a blind eye to the endemic plague of performance-enhancing drugs. He served a 2-yr suspension for using EPO in 2004 (when he was riding for . . . who else but Cofidis . . .) and ever since has been working as an advocate of clean cycling. Stage 12 was his reward, winning the 226 km stage on the line after an monster breakaway in which they were off the front of the peloton most of the day.
After the stage, an exultant Millar said:
“I operate best in adversity, I’ve got quite a bit of experience of making a mess of my life, but if you can learn from that it will toughen you up mentally. It was nice to show everybody that we are still here.” 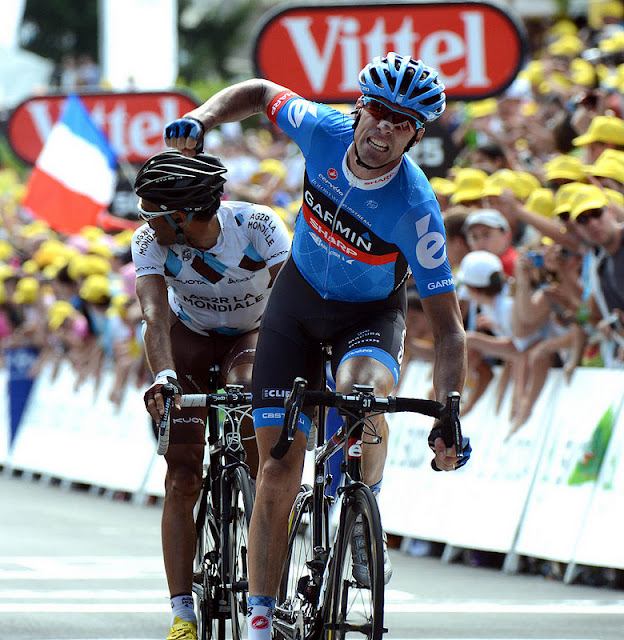 I love this guy. Bravo! There’s still plenty to cheer about, so Mochi and I can hang in there for the last week.
[1] Ryder Hesjedal, who also rides for Team Garmin Sharp Barracuda, became the first Canadian ever to win a Grand Tour when won this year’s Giro d’Italia.