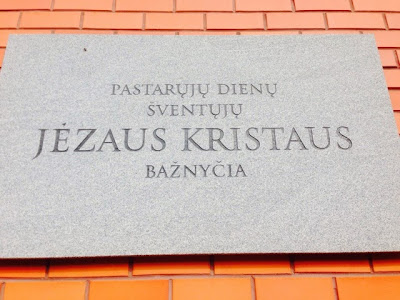 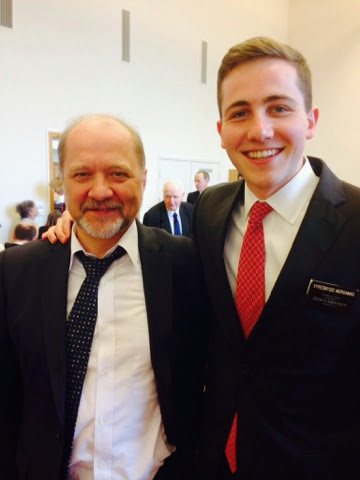 While visiting Vilnius, Lithuania we had a chance to attend church. By some stroke of luck we happened to be visiting on the day of District Conference. All the saints in the entire country gathered to hear from the Baltic Mission President/Matron as well as an Area Seventy from Russia. It was the best ‘in-the-flesh’ church meeting I’ve been to in many years–and most of it was translated into English from Lithuanian or Russian.

It certainly didn’t take long for us to be noticed, or to be welcomed. I didn’t know this young missionary or the Lithuanian brother that he grabbed when I offered to email his picture to his mother, but the look in his eye is something rare and beautiful. One week earlier we were speculating about which of 15 capable guys in the ward would be the new High Priests Group Leader, how much the Friends of Scouting assessment for the ward would be, and when the Ordain Women movement would be creating their next spectacle.  Talk about first-world church problems! Meanwhile, in Vilnius, the saints worked like dogs to keep their beautiful branch afloat.  Their love for the missionaries, the Brethren, the gospel, and the Lord was almost overpowering. It made me miss our Branch in Boston where we were so small, so vulnerable, so over-worked but so in love with one another and with the gospel.
We would all do well to take a moment and go back to the basics, and rediscover the beauty and power of the restored Gospel of Jesus Christ in it’s pure and simplest form. I really didn’t know what I expected to find in Eastern Europe in a former Soviet state, but it wasn’t this. 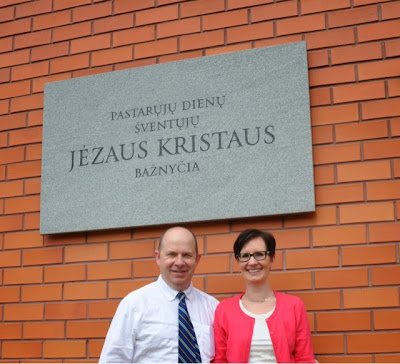