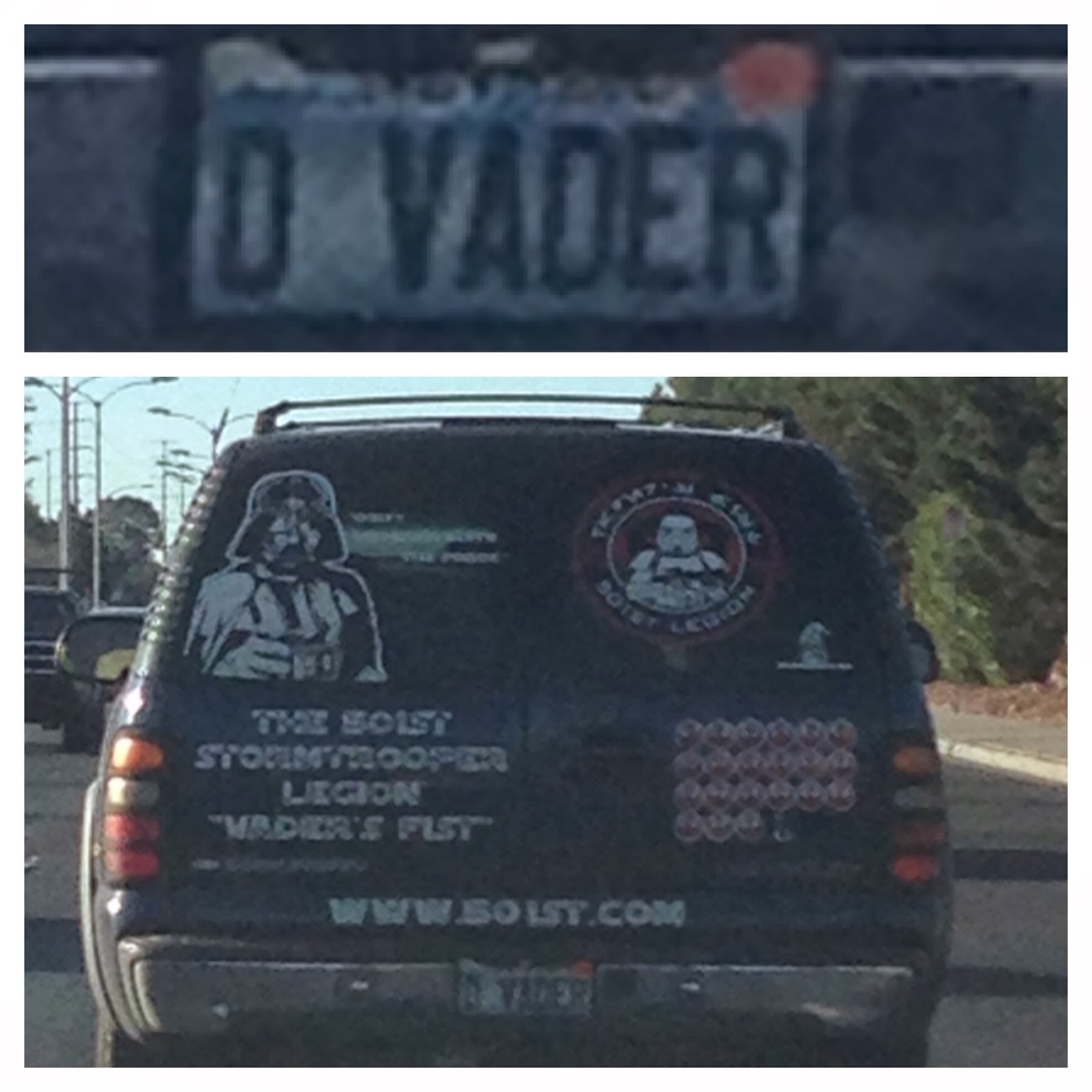 Sometimes you run into the darndest people in this town. I don’t think it would be hard for anyone to believe that Darth Vader has moved to Vegas now that’s he has retired from his full-time position with the Dark Side. I captured the proof the other day on the way home from the dentist. I could tell from the wear on the decals on the back of his Suburban that he’s been here in the desert a while. It was a cool encounter. 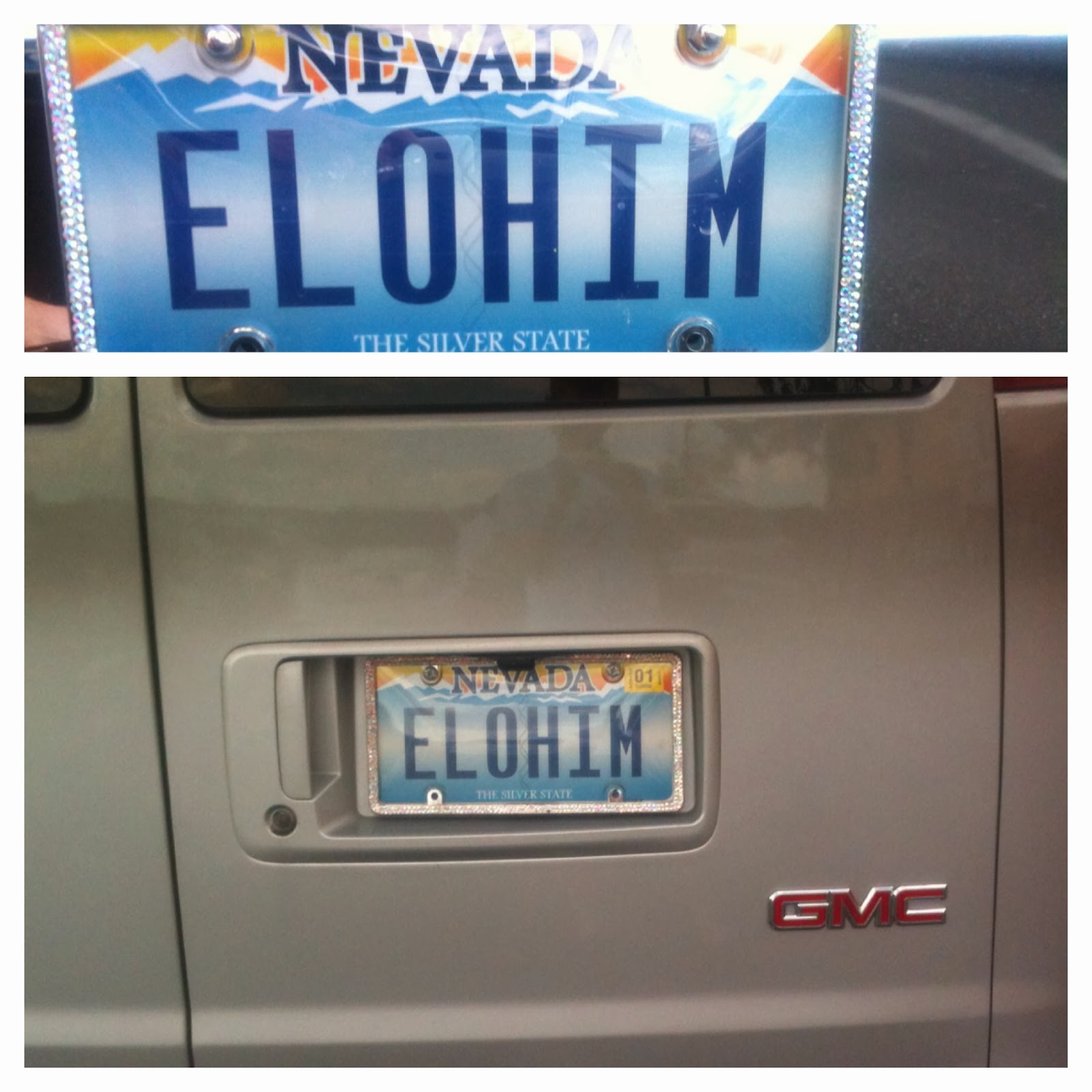 What is truly unbelievable was my son seeing the plates of Darth’s archenemy in the parking lot at Fry’s Electronics. I was pleased to see He was in a domestic minivan rather than a something more exotic. It is also noteworthy that these are Nevada plates (Booyah Utah!). I guess He’s putting a little time into this part of the vineyard–I just wish I knew which neighborhood He is living in.

Undoubtedly this chance parking lot encounter would be less blogworthy if it were at the LV Temple or a Stake Center (or even Deseret Book).  But this was Fry’s Electronics! He’s mingling with regular people–not General Authorities or Temple Presidents. It  is sobering to think you could just as easily encounter Him at Target or Costco while loading your trunk with 3 or 4 cases of Diet Coke. It definitely throws a wet blanket on the whole what happens in Vegas stays in Vegas mantra. What’s in your cart?

The revelations about the NSA’s widespread surveillance of even our most mundane activities is certainly disconcerting. But if we really believe the things we claim to believe, we should expect that our lives are being scrutinized much more pervasively than just cell phone and internet communications (Hebrews 4:12; Alma 18:32; Alma 12:12-14). Encounter’s with the license plates* of Darth Vader and Elohim on otherwise ordinary days certainly make you stop and think about who really is watching.  The fact that the angels above us taking notes do so silently makes it easy to forget they are there. Brennan Manning reminds us that they are not the only ones watching:

“The greatest single cause of atheism in the world today is Christians: who acknowledge Jesus with their lips, walk out the door, and deny Him by their lifestyle. That is what an unbelieving world simply finds unbelievable.”

Hopefully we are the same person in private as we are in public, in church as we are out of church.  It shouldn’t shock anyone that we are believers.