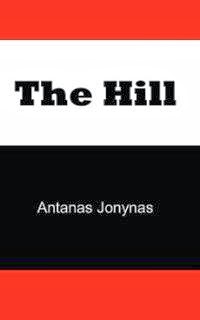 I’m excited about our trip to Lithuania this Spring and having been trying to come up with a bucket list for our time in Vilnius. In doing so I read this book: The Hill, by Antanas Jonynas. It is the story of the murder of Dr. Schmidt and his family by his patients and neighbors during the Lithuanian Holocaust. Though he was the only physician in Kraziai and had served the people well, he was a Jew. That was enough.

In June of 1940, the Soviets occupied Lithuania and initiated a redistribution program that seized the land of local farmers, and exiled 36,000 Lithuanians to Siberia and Soviet Central Asia. When the Germans displaced the Soviets in June of 1941 they disbanded the unpopular Soviet programs and won a measure of support from the locals. In place of Soviet programs was a pogrom of ethnic cleansing of Jews in Lithuania.  During the 3 year Nazi occupation 200,000 Jews were murdered with the complicity of the Lithuanians themselves.  This represented 94% of Lithuanian Jews, the highest percentage of any Nazi-occupied country in Europe. When the Red Army returned in 1944, the details of the suffering and injustices heaped upon the Jews were veiled and minimized behind the iron curtain and the Soviet oppression resumed in earnest.*

Antanas Jonynas makes no excuses for the good Christians of Lithuania and the role they played in the murder of their neighbors.  But he did describe the ease with which the nation slipped into complacency and complicity in one of the greatest horrors of the modern era.

Some dark forces were so terribly strong that, once awakened, they created waves that were nearly impossible to resist. If only all people would rise together and say no to violence then everything would stop–the live and burning hearts would restrain and subdue the bloody force all at once. Yet for some reason, the hearts fearfully crouched down and shrank, and people got swept into that wave. A paralysis of conscience, and attack of fear took hold of people and they were unable to resist any longer–and they fell, downed by the wave, or helplessly allowed themselves to be swept away by it.

The Lithuanian Holocaust is hauntingly familiar to the horrible violence that destroyed Nephite civilization at the end of the Book of Mormon. Mormon looked on helplessly as his people were similarly swept away 1500 years earlier:

And it is impossible for the tongue to describe, or for man to write a perfect description of the horrible scene of carnage which was among the people, both of the Nephites and of the Lamanites; and every heart was hardened, so that they delighted in the shedding of blood continually (Mormon 4:11).

It can be very discouraging to look around today and realize that these dark forces still remain strong. The poisons are more attractive than ever. Just as in times past, these forces use the alluring dark arts of fear, intimidation, violence and greed to paralyze conscience. Today people are still being swept away by violence, but also by other atavistic traits of the natural man: lust, idolatry and pride.  King Benjamin’s beautiful description of how to halt the degeneration towards godlessness gives me great hope:

For the natural man is an enemy to God, and has been from the fall of Adam, and will be, forever and ever, unless he yields to the enticings of the Holy Spirit, and putteth off the natural man and becometh a saint through the atonement of Christ the Lord, and becometh as a child, submissive, meek, humble, patient, full of love, willing to submit to all things which the Lord seeth fit to inflict upon him, even as a child doth submit to his father (Mosiah 3:19).

Mormon went on to describe how King Benjamin’s people succeeded in putting off the natural man and “had no more disposition to do evil, but to do good continually (Mosiah 5:2). Though Mormon’s people refused the Balm of Gilead that would heal their wounds, Mormon himself remained optimistic. This unfailing confidence that good will triumph over evil has been fundamental to the message of every prophet that has spoken since. Several years ago when President Hinckley was asked by a Protestant minister about how he felt about things he said:

I feel optimistic–guardedly so, yes, because of the extent of evil in the world. But, on the basis of what I see, goodness is gaining, and the work of the Lord is growing in strength and power.

I hear this optimism burst forth in every General Conference and in every Sacrament Meeting. As we incrementally beat back and subdue the natural man through the atonement, we come to feel this optimism in spite of the carnage all around. It’s arguably the only way we can hope to attain peace in a terribly evil world.
_______

* see an the Preface of this book by it’s translator, Yuval Lirov, for an excellent summary of the Lithuanian Holocaust