A huge chunk of America is on pins and needles as we approach the biggest election of our lives. I’ve been afraid to get too optimistic–I’ve been disappointed too many times before.  I’ve therefore been a bit of a doubting Thomas, but am feeling good enough about it now to get this out BEFORE the election results are in.

Call me crazy, but methought I saw a sign during General Conference this fall.  Take a look at this screen shot taken during Dallin H. Oaks talk (Protect the Children) at the Saturday morning session.  The pattern in the green leaves behind and left of Elder Oaks looks like a face staring back at the camera. At first I thought it looked a bit like Abraham Lincoln.*  On closer inspection . . . it’s not Abe.  It looks like my old Stake President: Mitt Romney!  And that has to be good news for this election. 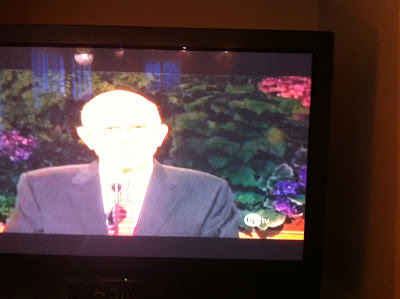 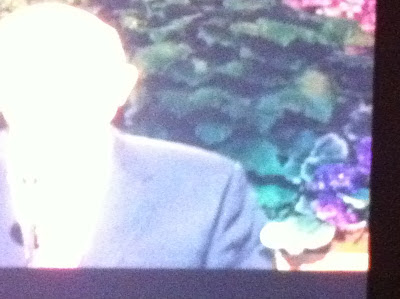 Go ahead and call the authorities . . . they also called Lehi a ‘visionary man’ (1 Nephi 5:2-4, 1 Nephi 2:11). I’d love to right on this. But if nothing else, at least this post will give you a chance to watch Elder Oaks throw it down while you’re waiting for election returns to roll in.

* I texted the picture to the family so see what they thought. It confirmed for Ty and Robyn that their father had finally lost it completely. Tate thought he saw the the face of the Holy Virgin . . . probably because he went to Costa Rica on his mission. Tiff just smiled and nodded.

2 thoughts on “Is The Election In The Bag?”