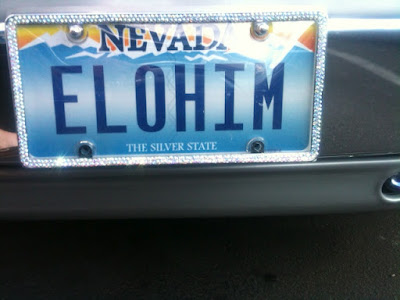 Sometimes you run into the darnedest people in the parking lot! Tate took these pictures of the Big Guy’s plates while he & Tiff were shopping at Fry’s Electronics (I hesitate to call them vanity plates–He’s not at all like that once you get to know Him) .

I’m sure I could wax eloquent about this picture for a long time. I was pleased to see He was in a domestic Minivan rather than a stretch Maybach limo. It is also noteworthy that these are Nevada plates (not Utah). I guess He’s putting a little time into this part of the vineyard–I wish I knew which neighborhood He is living in. Hopefully His efforts will help Vegas lose the Sin City moniker and become the New Nineveh.

Undoubtedly this chance parking lot encounter would be less blogworthy if it were at the LV Temple or a Stake Center (or even Deseret Book).  But this was Fry’s Electronics! He’s mingling with regular people–not General Authorities or Temple Presidents. Wow . . . . it sobers you to think you could just as easily encounter Him at Target or Costco while loading up the cart with 3 or 4 cases of Diet Coke. It’s not like He’s stalking you . . . but He does knows where you’ve been and what your loading into the trunk.  It’s just like Santa when you were a kid: stuff you’ve always known, but it still feels eery when you stop to think about it.

My heightened sense of parking lot paranoia not withstanding, Tate’s encounter helps me to recognize that important people (especially those that haven’t found the gospel yet) are watching us while we are not paying that much attention. Brennan Manning said: “The greatest single cause of atheism in the world today is Christians: who acknowledge Jesus with their lips, walk out the door, and deny Him by their lifestyle. That is what an unbelieving world simply finds unbelievable.” As we claim membership in Christ’s restored church, our actions should easily betray that, and regularly offend Satan. Hopefully we have taken the advice of St Francis of Assisi and ‘Preach the gospel at all times and when necessary use words.’ 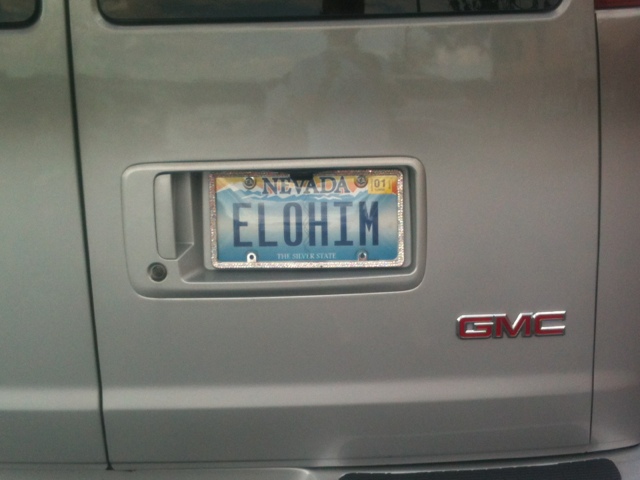 One thought on “Parking Lot Encounters”