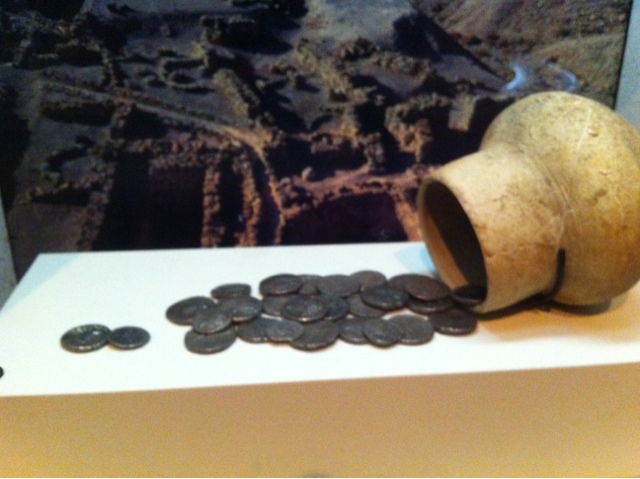 Yesterday I visited an awesome exhibit on the Dead Sea Scrolls at the Franklin Institute in Philadelphia. It was fantastic. I got my fill of Biblical antiquities and then some. I was flooded with all kinds of great impressions which will keep me thinking for a while.

I was captivated by a coin hoard of Tyrian Shekels discovered under the foundation of a dwelling in Qumran. It contained hundreds of these shekels and would have been worth a fortune. Today a high quality example goes for about $1500. This was the only coin with a high enough silver content to be acceptable as payment of the temple tax that every Jew owed. However, because it had ‘graven’ images (Melkart = Hercules on obverse and an eagle on reverse) the Sadducean aristocracy required it be changed into temple currency before payment (and in the process got even richer — see Matthew 21:12-13).

In the Qumran community they considered everything about Jerusalem and the the temple as a corrupted form of their true faith. They felt that temple worship and priesthood authority was corrupted by selling out to the Kittim (Romans). This is part of why they were living in isolation from the rest of their people. Why someone would then hoard the official temple currency is all the more puzzling. It is difficult to coneive the circumstances and the hardships associated with the accumulation and concealment of this coin hoard by someone 2000 years ago. Laying before me was a fortune of the highest quality silver of the time–the totality of some man’s worldly accumulations. But it never did that person or his family any good. Now they are all dead and their story is long forgotten.

The Lord taught: Lay not up for yourselves treasures upon earth, where moth and rust doth corrupt, and where thieves break through and steal: But lay up for yourselves treasures in heaven, where neither moth nor rust doth corrupt, and where thieves do not break through nor steal: For where your treasure is, there will your heart be also. (Matthew 6:19-21).

I’m more guilty than most in loving my treasures. Ive even got a few Tyrian Shekels in my hoard. It is indeed sobering to occasionally come across a priceless treasure that was left behind as its misguided owner went on to meet his Maker. It begs the question: what good did it do him and did he also have treasure waiting in heaven? Am I any different than him? 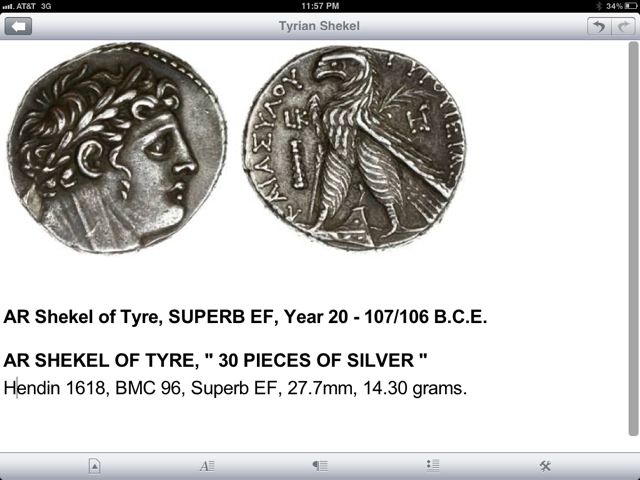 One thought on “Hidden Treasure”